Employing type, moving image and sound, the exhibition City Edge examines the notion of ‘space versus place’, uncovering the role of heritage and modernity in the shaping of Ho Chi Minh City’s peripherial zones.

Through detailed observation of one road on the city’s edge – filled on one side with modern skyscrapers, and on the other side buildings that reflect the cultural history of the Mekong Delta region – the exhibition makes a case for the unique role of the outskirts as innovators of both unique urban experiences and preservers of heritage.

Over the past 22 years Simon has been involved in the Design and Educational industries throughout Asia. Through his current design practice research, Simon has developed a digital archive that reflects hand painted and uniquely made / crafted signage in the cities of Hanoi and Saigon. As such, through collaborations he continues to expand and explore the ideas of city, design and space.

Thierry exhibits his work at an international level with HCMC’s Galerie Quynh, one of the most representative professional contemporary art galleries in Vietnam. He has exhibited in 2016 at The Factory Art Center located in District 2, Ho Chi Minh City. His latest sound-performance involved the HCMC metal band District 105 (April 2019) as part of his research-through-practice for his PhD with RMIT Melbourne, Australia, where he did participate in the Super Tight exhibition from July to September 2019 at the RMIT Melbourne HUB gallery with fellow colleagues.

Andrew Stiff’s design practice investigates the process of collecting, archiving and re-presenting unique urban spaces that demonstrate the role of density, intimacy and complexity within urban spaces. The moving image sequences that emerge from this practice form a catalyst for debate upon the cultural and social value of the spaces, in particular how they can inform the debate on urban planning and design, and critically question how we capture urban space with specificity. Andrew is currently undertaking a practice based PhD at RMIT University, in the School of Graduate Research: Architecture and Design. The research is titled: ‘Intimate Spaces: An Archive of Creative Observation’. 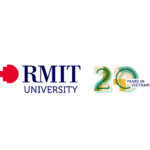